This week you read about the womenâ€™s suffrage movement and the Equal Rights Amendment (ERA), two major efforts to establish equal rights for women in the United States. In your discussion post, address the following:

The following passage is from a scholarly journal article that looks at the importance of fundingâ€”specifically, large amounts of money donated to the woman suffrage movement by a relatively small number of wealthy womenâ€”in winning the right to vote for American women. In so doing, it suggests the importance of classâ€”that is, socioeconomic statusâ€”as a factor in the history of the woman suffrage movement.

In general, the leaders of the American woman suffrage movement came from the upper classes of society, meaning that they tended to be more affluent and better-educated than most American women. Looking at the role of socioeconomic class in the leadership of the woman suffrage movement could involve such varying lenses as social history, economic history, and Marxist history.

Read the passage below and then answer the question following it, keeping in mind the historical concept of causality as it relates to the ratification of the Nineteenth Amendment, which guaranteed women the right to vote.

The passage below is excerpted from “Following the Money: Wealthy Women, Feminism, and the American Suffrage Movement”, pages 65 to 66. Click on the title of the article to read, download, and print a copy of the text. These readings are provided by the Shapiro Library. This reading is required. You will have to log into Shapiro Library with your SNHU credentials to access this article.

The need for money drove the women’s suffrage movement from its early days, leading [Elizabeth Cady] Stanton and [Susan B.] Anthony to compromise over whom they associated with during the 1860s. Wendell Phillips controlled two important bequests and allowed only a small amount to go to women’s rights. “Nearly driven to desperation,” Anthony needed money to pay for speakers, travel expenses, and tracts. She and Stanton thus accepted an offer by George Train, the notoriously racist Democrat, to pay for a speaking tour and newspaper. 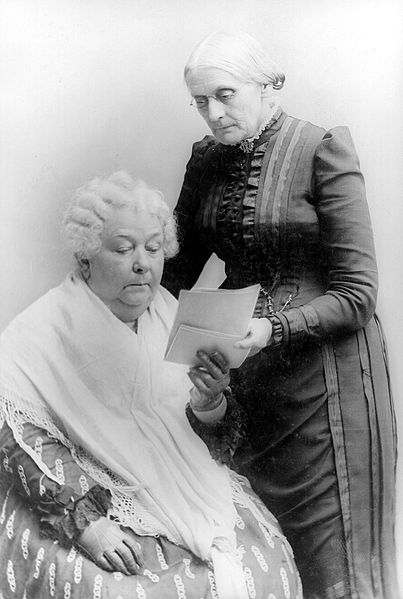 Burned by her experience with Phillips, Anthony wanted wealthy women to prioritize giving to the movement. Suffragists* understood that they could not depend on men; it would take the financial support of women to make change for women. It was only after Anthony’s death in 1906, however, that they began to contribute enough money to turn the tide toward victory.

Staffing, one of the two major expenses identified by Stanton and Anthony, remained paramount until the vote was won in 1920. Lucy Stone’s observation that “there would be plenty of helpers if there was plenty of money to pay” rang true. The suffrage movement from the 1880s through the early 1910s focused on winning the right to vote state by state, which depended on local and national traveling organizers barnstorming the states, drumming up publicity, and lobbying local politicians. Traveling organizers and national officers worked full time, giving public speeches, planning rallies, and helping to organize local suffrage associations. They brought experience and the ability to draw a crowd.

Neither local nor national suffrage organizations had enough funding to pay the significant salaries required. The situation was exacerbated, according to Lisa Tetrault, because women could earn a living through the lyceum lecture circuit in the 1870s – 1880s, a popular form of entertainment and adult education featuring traveling lecturers and performers. They came to expect similar payment, typically between $10 and $100 per lecture, for an appearance at a suffrage meeting. Suffrage organizations thus had to compete with the lecture circuit when they paid speakers appearing at meetings or at their annual conventions at the state or national level.

The lack of money available to pay speakers was complicated by the unrealistic but idealistic idea that suffragists should volunteer their time for the cause. Quoting Wendell Phillips, Stanton claimed that “a reformer, to be conscientious, must be free from bread-winning.” Suffrage associations were traditionally willing to hire paid organizers but usually did not pay their officers, who were expected to cover the costs of their correspondence and travel. [Only] well-off officers could do so.

actions 1 read the case study entitled best homes inc forcasting from the textbook... discussions about african american art and the virgin of guadalupe
Scroll to top